With all the qualifier matches completed we now have the full roster of eight teams which will compete at the OGA PIT TOM CLANCY’S RAINBOW SIX® MINOR POWERED BY AMD AND SAPPHIRE in Split, Croatia from December 6th to December 8th.

The following teams will take part in the event:

OGA PIT RAINBOW SIX MINOR will be played in the double-elimination format, with the lower bracket starting after the quarterfinals. 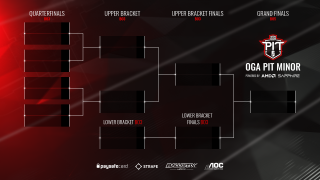 The 75,000 USD prize pool will be distributed as follows: